Scientists from Indonesia deserves thumbs up. He was known as the inventor of the 4G network technology based on OFDM (Orthogonal Frequency Division Multiplexing). Professor Khoirul Anwar was born on August 22, 1978 in Kediri, East Java. he is the son of the couple (deceased) Sudjianto with Siti PATMI a farmer in Kediri. His father died of illness when he graduated elementary 1990. Khoirul father died of illness, when she had finished primary school in 1990, her mother, and then try hard to send him, although both parents no elementary school. Since childhood, Khoirul live in poverty. But there are just a way for him to continue studying. For example, when continued high school in Kediri, suddenly there are people who offer free boarding for him. Then he went to college at the Bandung Institute of Technology Department of Electrical Engineering graduated cum laude in 2000. 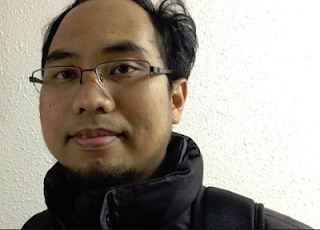 For 4 years, she had received a scholarship. "My parents do not need to send any more money," said Khoirul memory of his past. Dilute brain continues to carry Khoirul to higher education. After that he got a scholarship to continue S2 from Panasonic at the Nara Institute of Science and Technology (NAIST) Japan and graduated in 2005, and then later he won a scholarship to continue studying S3 from the Japanese company campus that same Nara Institute of Science and Technology ( NAIST) Japan. Khoirul Anwar later married Sri Yayu Indriyani and blessed with three sons, Khoirul live in Nomi, Ishikawa, not far from his workplace. Although brilliant achievement in Japan, but Khoirul save a desire to return to Indonesia someday.

Regarding the discovery is a way of reducing transmission power in multicarrier systems such as Orthogonal frequency-division multiplexing (OFDM) and Multi-carrier code division multiple access (MC-CDMA). The trick is to introduce the spreading code using Fast Fourier Transform so that the complexity becomes very low. With this method it can reduce power fluctuations. He reduces the transmission power on orthogonal frequency division multiplexing. As a result, the speed of data sent is not declining as usual, but actually increased. "We were able to reduce power to 5dB = 100 thousand times smaller than previously required," he said. World compliment. Khoirul also received an award in the Scientific Contributions of Foreign Affairs by the Consulate General Osaka in 2007.

Then the telecom equipment used do not need to provide backup for power is high. Later, these findings it patented. This technique has been used by the Japanese satellite company. And which also makes it shocked him, the 4G system was very similar to the findings that he patented it

Then another discovery is a lecturer and researcher from Indonesia who work in laboratoriom Information Theory and Signal Processing, Japan Advanced Institute of Science and Technology, in Japan When the urgency of having to propose research themes to get research funding, Khoirul racking his brains. Eventually the idea came also from Dragon Ball Z, Japanese animated films that often he had seen. When Goku, the main character of Dragon Ball Z, was about to cast a terdahsyatnya stance, 'Genki Dama' aka Spirit Ball, Goku will absorb all the energy of living creatures in nature, resulting in tremendous power. Letting Khoirul stance Spirit Ball Goku as Turbo Equalizer (turbo decoders) that is able to gather all the energy from the transmission block ter-delay, or block the transmission of the foregoing, to eliminate distortion of data as a result of wave interference.

"The concept that I lower the mathematical formula to be applied to my research," said Khoirul, to VIVAnews through electronic mail, Friday, August 13, 2010. So it is now manifest inspiration into a paper titled "A Simple Turbo Equalization for Single Carrier Block Transmission without Guard Interval . "

Assistant Professor 31-year-old was able to break the assumption that initially 'impossible' in the world of telecommunications. Now, a signal is transmitted wirelessly, no longer need to by the guard interval (GI) to keep it immune to delay, reflection, and interference. Turbo equalizer was the one who would undo interference so that the receiver can receive the signal without distortion.

With GI rid of, and utilize the turbo decoder, theoretically could even eliminate power losses due to unnecessary transmission sends power to the GI. GI loss can also be filled by parity bits which can be used to correct the errors due to distortion (error correction coding).

"GI is actually something that is 'useless' in the receiver other than just to be limiting. So transmit power for something 'useless' is futile, "said Khoirul.

This idea alone, worked together Khoirul Tadashi Matsumoto, the main professor in the laboratory where Khoirul work. At that time he and Tadashi about to propose projects to Kinki Mobile Wireless Center. After lowering the mathematical formula in a concrete, Khoirul asked his colleague Hui Zhou, to create the program. This method can be considered capable of solving the problem of wireless transmission. Moreover, it can be applied to almost all telecommunications systems, including GSM (2G), CDMA (3G), and is suitable to be applied to 4G systems that require high performance with low complexity level.

It can also be applied Indonesia, especially in big cities have many skyscrapers, as well as in mountainous areas. Because in the area were usually transmitted wave reflection and experience a longer delay. No wonder that these findings gush Best Paper award in the category of Young Scientist at the Institute of Electrical and Electronics Engineers Vehicular Technology Conference (IEEE VTC) 2010-Spring held 16-19 May 2010, in Taiwan.

Now, the findings of which have been patented was used by a large Japanese electronics company. In fact, the technology is also being explored by Chinese telecommunications giant, Huawei Technology.

That is what drove the ITB alumnus now an assistant professor at JAIST, Japan. He taught courses in basic engineering, research, and guide students. Khoirul currently being pursue two research topics conducted themselves and six research topics dealt with six students.

Success in foreign countries do not make it forget the homeland. "One day I will still return to Indonesia. After grabbing a science that many abroad, "said Khoirul. Her family inspired many in finding new ideas. "Lately I managed to find a new and highly efficient techniques for wireless network while playing with the kids," he said.

"The animated film to teach our children that we must understand the value of life," said Khoirul. Gibli animated films, for example, have much to tell how humans should be friends with nature, not destroy it, and loving creatures.

Even ideas and a new spirit sometimes appears from watching the film. For example the value of the life that he learned from the movie Kung Fu Panda: 'There is no secret ingredient, just believe'. "This value I mean that there is no secret to success, believe that everything we do can make us successful." Said Khoirul.