Home Biography Info Who is the inventor of VPN?

Who is the inventor of VPN?

The history of VPN begins in 1996. At that time Microsoft employee Gurdeep Singh Pall invented PPTP (Point-to-Point Tunneling Protocol) which allows its users to get a secure internet connection to the office so that it allows them to work from home effectively. So much like the creation of the internet that was built for military purposes and not for commercial use, VPNs were originally built for the benefit of large companies and were not meant for individual users. 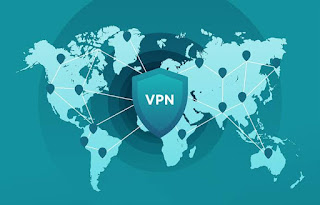 Companies need a secure network to connect geographically separated offices, and the answer is an encrypted private network that can protect confidential company information and its users. VPN is the right answer for presenting a "cheap" local network because it uses internet connection lines that are very evenly distributed.

Although originally created for corporate use, VPN service providers see the advantages of this technology as being beneficial to individual users as well. Especially because of the proliferation of Wi-Fi hotspots which have become one of the needs of millennials. Good encryption is needed to protect important data sent over a wireless network, such as account credentials when doing internet banking, or important financial data such as credit card information when shopping online.

On the other hand, there have been blockages and censorship on the site by many stakeholders. The wiretapping act by several state agencies abroad such as the NSA also raises a high need for anonymity, all of which leads to VPN services. The revelation of the major espionage scandal in history revealed by WikiLeaks and Edward Snowden has made internet users start thinking about their privacy even more. In addition, certain internet services such as Netflix, BBC, and Hulu are starting to use geo-restrictions based on IP addresses to restrict their services. This is compounded by a discriminatory promotion program that is only available to internet accesses from certain IPs. Again the answer to these problems is flexible and VPN access